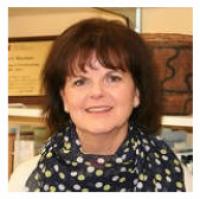 Linda F. Marchant is Professor of Biological Anthropology in the Department of Anthropology at Miami University (Ohio). She served for 10 years as the Anthropology Chair and was the founding chair of that department. Her research interests include behavioral primatology, laterality of function (handedness), cultural primatology, African apes and visual anthropology. She has studied chimpanzees in Tanzania, Uganda, and Senegal and bonobos in the Democratic Republic of Congo. She is the author of more than 60 book chapters and journal articles, co-editor of an invited special issue of Annals of the New Academy of Sciences (2013), "The Evolution of Human Handedness,“ and co-editor of Behavioural Diversity in Chimpanzees and Bonobos (Cambridge University Press, 2002) and Great Ape Societies (Cambridge University Press, 1996). Her videography includes 10 copyrighted programs including the 2000 Best Short Film Award from the American Anthropological Association. She has been a Visiting Research Fellow at the Centre for Social Learning and Cognitive Evolution, University of St. Andrews, (2001); a Visiting Fellow at the Leverhulme Centre for Human Evolutionary Studies, Department of Biological Anthropology, University of Cambridge, a Research Associate at Darwin College, University of Cambridge (2009-2010); a Visiting Scholar, Department of Anthropology, University of California — San Diego; and Visiting Professor at the Center for Academic Research and Training in Anthropogeny (CARTA), UC - San Diego, January-June, 2013.